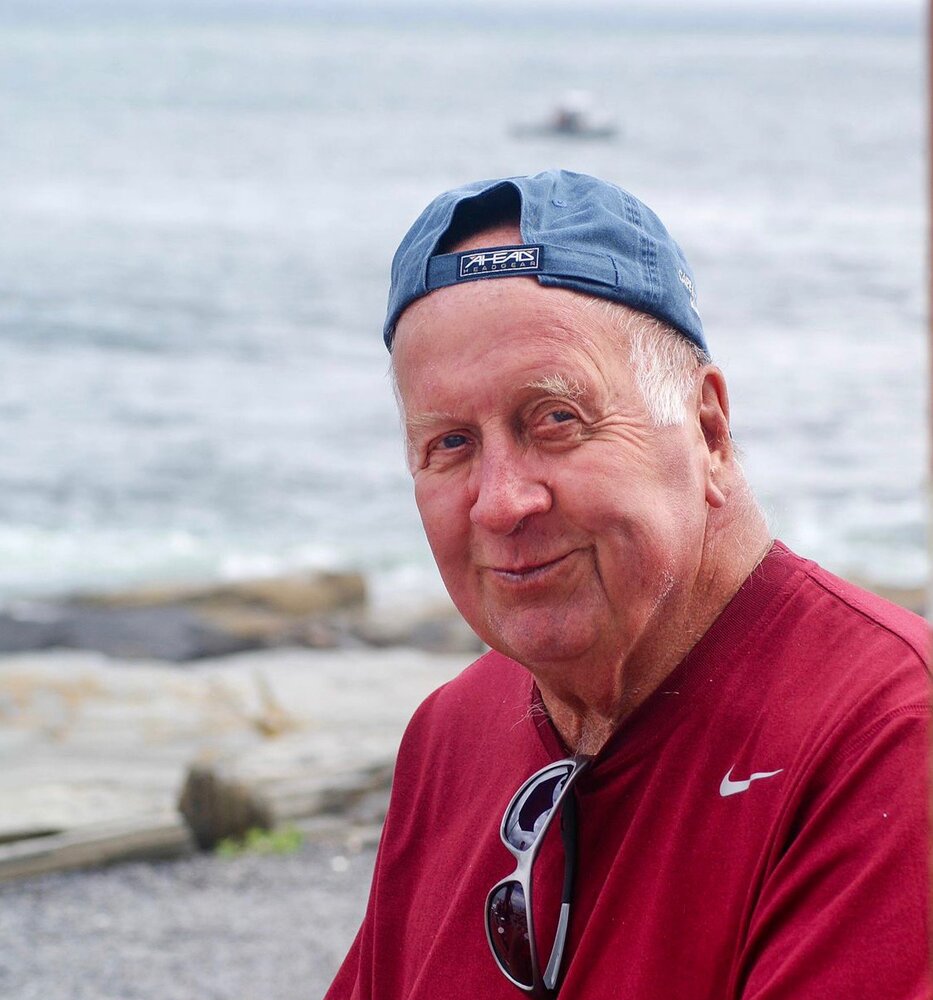 Dick was born in Ware, Massachusetts as the only child of Elizabeth and Gerald. He attended the University of Massachusetts, where he received his Bachelor’s degree. He was an Army veteran who served his country with great pride from 1954 to 1956.

Upon graduation from U Mass, Dick accepted a job with IBM in Gaithersburg, MD where he had a 30- plus year career in IT and Business Operations. His weekends were spent at the Delaware shore, and it was in Dewey Beach, Delaware where he met his bride, Ann Coufal.

After marrying in 1963, they started their family in Potomac, Maryland, including Richard (Rick), Karen and Lisa. As Ann and Dick raised their family just outside of Washington, D.C., (among the wonderful Glen Park Ambleside Drive families) what began as a family pastime blossomed into a passion for the Washington Redskins. Dick was a 40-plus year season ticket holder to RFK and FedEx Field, and 60-plus year fan. Many a weekend was spent with great friends and fellow loyal followers of the Sons of Washington. Section 522 was their home, and he was famous for blowing his bugle to lead his section in cheering on his team. In addition to motivating (requiring) his kids to be Redskin fans, his other specialty was planning unique and adventurous family trips to visit National Parks across this great country.

Dick and Ann’s life together began at the beach, and their love of the Delaware shore never waned. The Crawford crew spent many beach vacations in rental properties or crashed with friends through the years. Dick and Ann finally bought their own rental place in the early 90s, and it was no surprise to anyone when they chose to settle in Bethany Beach for their retirement. The Salt Pond Community became their home, and Dick was happiest in their great room overlooking one of the neighborhood's beautiful ponds. While in Salt Pond, Dick and Ann built a new community of friends through golf and annual group trips overseas. Also, Dick found a special kinship at the Ocean View VFW where, for many years, he assumed the role of chief organizer for a monthly VFW breakfast. Dick always wanted to spend his final years in Bethany, and he was lucky enough to get to do so.

Dick is survived by his wife of almost 60 years, Ann Crawford; son Rick Crawford and wife Mary Beth and their five children Caitlin, Kara, Kirsten, Carter, and Chase of Glenwood, MD; his daughter Karen Finn and husband Kenneth and their five sons Kenneth, Kyle, Kevin, Connor, and Christopher of Freehold, NJ; and his daughter Lisa Metcalfe and husband David of San Diego, CA.

In memory of Dick, donations in his name can be made to VFW Post 7234 or Reformed Church Home.

Also, we ask anyone who had the pleasure of knowing Dick to grab some Maryland blue crabs or Maine lobster, raise a glass and toast him and his remarkable legacy of family, football, and fun!

All arrangements are private and under the direction of the Clayton & McGirr Funeral Home, Freehold Township.  To leave condolence messages to the family, visit www.claytonfuneralhome.com

Share Your Memory of
Richard
Upload Your Memory View All Memories
Be the first to upload a memory!
Share A Memory