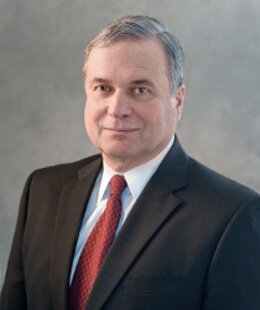 Robert F. Muñoz, 68 of Freehold Township passed away on Saturday, September 11, 2021 at Ocean Medical Center, Brick.   Born in Brooklyn to Robert and Joan Muñoz. He had lived in Michigan in his younger years, and moved to Manalapan, NJ in high school where he remained until settling here in 1975.

He was a member of the Monmouth Bar Association, Ocean County Bar Association, WealthCounsel, Southern Ocean Chamber of Commerce, the N.J. League of Municipalities where he served on the Associate Legal Counsel Panel, and the New Jersey Institute of Local Government Attorneys.  Bob served on various boards and governing bodies in Monmouth, Middlesex, Mercer and Morris counties for over 30 years. A well-respected jurist, he handled several significant cases in municipal and land use law, and argued successfully before the courts at every level in the state.

As distinguished as his career was, his family was his greatest accomplishment and there was nothing he enjoyed more than being with his wife, children and grandchildren.  In his spare time, he had coached soccer in Freehold Township for many years, was a voracious reader and loved spending time in LBI. Bob was a huge Devils fan and was an original season ticket holder since 1982 when the team moved to N.J.

He was predeceased by his mother, Joan Muñoz; paternal grandparents, Sam and Doris Muñoz; and maternal grandparents, Robert and Agnes Fales.  Bob is survived by his wife of 46 years, Dolores “Dee” Muñoz; son, Robert B. Muñoz and his wife, Melissa of Maple Glen, PA; daughter, Melissa D’Agostino and her husband, MJ of Howell; grandchildren, Robert T. Muñoz and Maximo D’Agostino; father, Robert Muñoz;  siblings, Joanmarie Myers and her husband, Michael, Mary Muñoz Mitchell and her husband, Bob, and Steven Muñoz and his wife, Audrey; and many nieces, nephews, great nieces and great nephews.

Visitation will be held at the Clayton & McGirr Funeral Home, 100 Elton-Adelphia Road (Route 524), Freehold Township on Wednesday, September 15, 2021 from 2:00 to 4:00 and 6:00 to 8:00 PM. For those who are not able to attend the visitation in person, the family invites you to participate via webcast.  Relatives and friends are invited to attend his 10:30 AM Funeral Mass at St. Rose of Lima Catholic Church, 16 McLean Street, Freehold on Thursday, September 16, 2021.  Interment will follow in St. Gabriel’s Cemetery & Chapel Mausoleum, 549 Newman Springs Road, Marlboro. For information, directions or condolence messages to the family, visit www.claytonfuneralhome.com.

Share Your Memory of
Robert
Upload Your Memory View All Memories
Be the first to upload a memory!