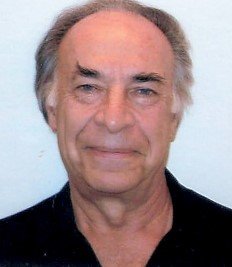 Alfred, affectionately known as Al, Dad and Pop, passed away peacefully at home on August 7, 2021. Alfred was born in Brooklyn, NY, to his father Carmelo and mother Concetta Basile, who he has survived. He resided in Staten Island, NY prior to moving to Colts Neck, NJ with his wife of 61 years, Barbara Ann in 1997.

A first-generation Italian-American, he was an industrious and driven man who poured himself into whatever he did. After graduating from McKee Vocational High School in Staten Island, he enlisted in the United States Coast Guard. After his service, starting with spare parts and an empty office, he built a printing press and founded Wall Street Reproductions, which became The Wall Street Group -a family-run business for over 55 years, where his sons and many of his grandchildren had their first jobs.

Al was equally passionate about his hobbies and was gifted with many creative talents. He played the accordion and organ professionally for many years with his band, The Vel Tones. Al became enamored with woodworking and often crafted toys and furniture for his grandchildren. Blessed with a green thumb, he built and tended to a beautiful and bountiful garden. Captain of the Easy Livin' out of Great Kills Marina, he spent many years taking his friends and family out sailing and swimming.

Al was a loving husband, father, and grandfather and will be remembered for his dedication to his family, his patience, his stoicism, and his wisdom. He will live on in the memories of those who were fortunate enough to know and love him.

He was predeceased by his parents, Carmelo and Concetta Basile and daughter-in-law, Marie-Christine Basile. Al is survived by his childhood sweetheart and wife Barbara Ann Basile; three sons, Vincent of Colts Neck, Charles and his wife, Laura of Colts Neck, and Alfred Jr of Clarksburg; as well as seven grandchildren, Alexa (and her husband Andrew Skelton), Michael, Ashley, Charles Jr, Nicole, Meredith, and Alfred III.

In lieu of any flowers or donations, the family kindly requests that donations be made in Al’s memory to The Lustgarten Foundation for Pancreatic Cancer Research.

Visitation will be held at the Clayton & McGirr Funeral Home, 100 Elton-Adelphia Road (Route 524), Freehold Township on Wednesday, August 11, 2021 from 2:00 to 4:00 and 6:00 to 8:00 PM. Relatives and friends are invited to gather at the Funeral Home at 9:30 AM on Thursday, August 12, 2021 for the procession to his 11:00 AM Funeral Mass at Saint Mary’s Catholic Church, 1 Phalanx Road, Colts Neck 07722. Interment will be private. For information, directions, or to leave condolence messages to the family, please visit www.claytonfuneralhome.com