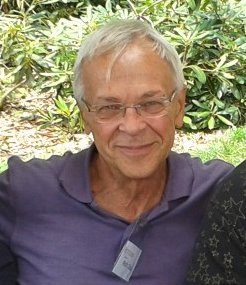 Richard G. Obal, 73, of Howell passed away on Wednesday, June 30, 2021 at CentraState Medical Center, Freehold Township.  He was born and raised in Sayreville before settling here.  Rich received his Bachelor’s degree from C. W. Post College and continued his education at Rutgers University earning his Masters in Horticulture.  He was the agricultural and natural resources agent for Rutgers Cooperative Extension of Monmouth County for 34 years prior to his retirement in 2011.  Rich   was responsible for establishing many important regional education programs in nursery, greenhouse, landscape and turf management, and had implemented the Monmouth County Master Gardener program in 1999.

Rich was a modest person, with a plethora of knowledge and an engaging persona.  He was admired by many, would help anyone who came to him and seemed to specialize not only in conservation but in people also.

Relatives and friends are invited to attend his memorial gathering at Clayton & McGirr Funeral Home, 100 Elton-Adelphia Road (Route 524), Freehold Township on Saturday, July 10, 2021 from 2:00 to 4:00 PM.  For those who desire, donations in memory of Rich may be made to Rutgers Master Gardeners of Monmouth County, 4000 Kozloski Road, Freehold, NJ  07728.  For information, directions or condolence messages to the family, visit www.claytonfuneralhome.com

Share Your Memory of
Richard
Upload Your Memory View All Memories
Be the first to upload a memory!