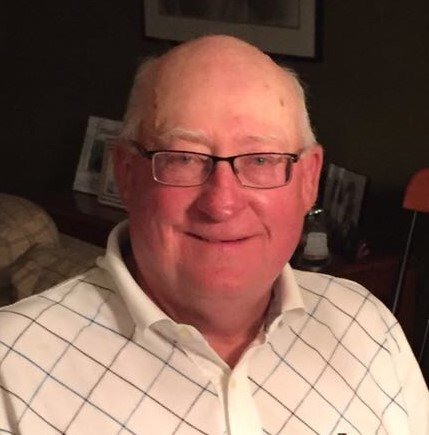 Michael James Valentine, 70, of Freehold Township passed away unexpectedly while on vacation in Myrtle Beach on Sunday, August 11, 2019.  Mike was born and raised in Chicago, IL, and had lived in Minnesota before settling in Freehold Township in 1984.  A graduate of Yankton College in South Dakota, he later worked as a manager for Prudential Insurance, Holmdel and retired with over 30 years of dedicated service. In retirement, he operated his handyman business Mr. V’s Honey Do List.  Mike was an active parishioner of the Co-Cathedral of St. Robert Bellarmine where he served on the Parish Council, as a Eucharistic Minister and on the counting team along with his wife.  Mike was a world traveler and had visited all 50 states.  His devotion to the Chicago Bears and Chicago White Sox brought him joy and misery throughout his life.  He had an enjoyment for the game of golf, and he played all the County courses, as well as journeying on his Harley Davidson motorcycles.  When his boys were growing up, he became a fan of soccer, a passion that grew when he rooted his grandchildren on from the sidelines.  His life could be best summed up by his love for family, where his greatest moments were spent with his greatest treasures, his wife, children and grandchildren.

Mike was predeceased by his son, Jonathan Valentine; parents, Arthur and Shirley Valentine; and his brother, Thomas Valentine.  He is survived by his wife of fifty years, Ana (nee Guilarte); two children, Lisa Grebius and her husband, Fredrik of Banstead, United Kingdom and Michael Valentine and his wife, Yerana of Freehold Township; four grandchildren; Lucas, Landon, Cia, and Matilda; niece, Yeralis Knice and her husband, Matthew and their children, Ally and Sara; as well as family in Venezuela, Chicago, IL and NJ.

A visitation will be held at the Clayton & McGirr Funeral Home, 100 Elton-Adelphia Road (Route 524), Freehold Township on Friday, August 16, 2019 from 2:00 to 4:00 and 7:00 to 9:00 PM.  Relatives and friends are invited to attend his 10:00 AM Funeral Mass on Saturday, August 17, 2019 at the Co-Cathedral of St. Robert Bellarmine, 61 Georgia Road, Freehold Township.  Interment will follow in St. Rose of Lima Catholic Cemetery, 299 Freehold Englishtown Road, Freehold Township. For those who desire, memorial contributions in Mike’s name may be made to the Co-Cathedral of St. Robert Bellarmine.   For information, directions, or condolence messages to the family, visit www.claytonfuneralhome.com.

Share Your Memory of
Michael
Upload Your Memory View All Memories
Be the first to upload a memory!